Born and raised in Texas, Luttrell and his twin brother, Morgan, attended Sam Houston State University. They began training for the SEALs at age 14 with former United States Army soldier, Billy Shelton, who lived nearby. As kids they loved to hunt and fish and wrestle alligators! Martial arts training has been an important role in Marcus’ life from the time he was a child.

I will never quit. My nation expects me to be physically harder and mentally stronger than my enemies. If knocked down i will get back up, every time. I will draw on every remaining ounce of strength to protect my teammates and to accomplish our mission. I am never out of the fight.

Luttrell joined the United States Navy in March 1999. He began Basic Underwater Demolition/SEAL (BUD/S) training with Class 226 in Coronado, California. He graduated with Class 228 after suffering a fractured femur early in his training. Marcus graduated 18 Delta in 2001, making him a team Medic. 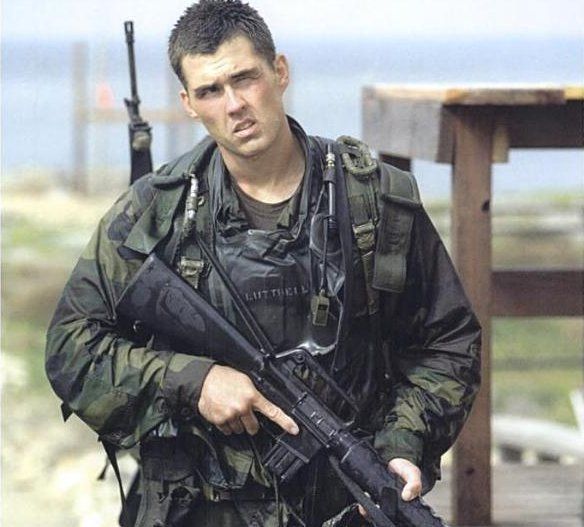 On June 28, 2005, Luttrell and SEAL Team 10 were assigned to a mission to kill or capture Ahmad Shah (nom de guerre Mohammad Ismail), a high-ranking Taliban leader responsible for killings in eastern Afghanistan and the Hindu-Kush mountains. 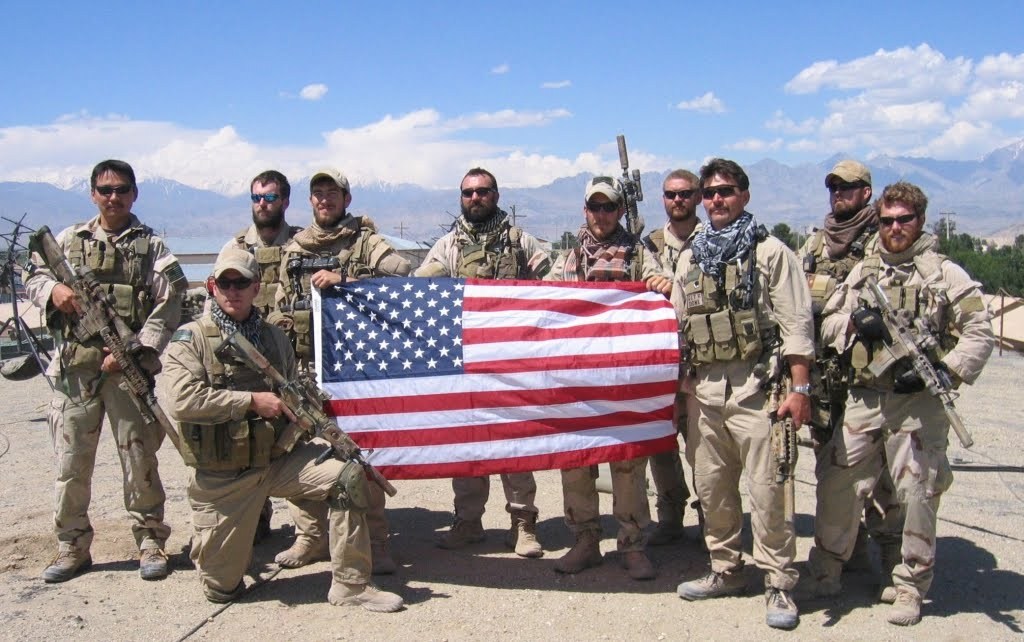 The SEAL team was made up of Luttrell, Michael P. Murphy, Danny Dietz and Matthew Axelson. Luttrell and Axelson were the team’s snipers; Dietz was in charge of communications and Murphy the team leader. A group of goat herders stumbled upon the SEALs, the four SEALs immediately took control of the situation and discussed what to do with the herders. After taking a vote and basing their decision on ROE, Michael Murphy made the final decision to let them go. The herders were subsequently released and disappeared over the mountain ridge. Luttrell believed they immediately betrayed the team’s location to local Taliban forces and within an hour, the SEALs were engaged in an intense gun battle. In the ensuing battle, the rest of the SEAL team members were killed. Team leader Michael P. Murphy was awarded the Medal of Honor for his actions in the battle. Danny Dietz, Matthew Axelson, and Marcus were awarded the Navy Cross. An MH-47 Chinook helicopter was dispatched with a force consisting of SEALs and 160th Special Operations Aviation Regiment “Nightstalkers” to rescue the team, but the helicopter was shot down by an RPG. All 16 men on the Chinook were killed.

Luttrell was the only survivor. Badly wounded, he managed to walk and crawl seven miles to evade capture. He was given shelter by an Afghan tribe, who alerted the Americans of his presence, and American forces finally rescued him six days after the gun battle.

Following his physical recovery from Operation Redwing, Marcus went back and completed one more tour before being medically retired. He then wrote the book, Lone Survivor, to share the amazing story of his brothers who paid the ultimate sacrifice.

In 2010 Marcus met the woman of his dreams and married shortly after. Marcus and his wife Melanie have a son Axe, who is named after Matthew Axelson, and a daughter, Addie.

In 2010 Marcus also started the Lone Survivor Foundation and is fully involved with The Boot Campaign.

In 2012 Luttrell released a second book, Service, that follows up with unanswered questions from Lone Survivor and gives honor and praise to other members of the military.

In the summer of 2013 Marcus went  on his first public speaking tour along with Capt. Chad Fleming which included special appearances by Debbie Lee and Taya Kyle.

In early 2014, a major motion picture was released depicting the story of Lone Survivor. 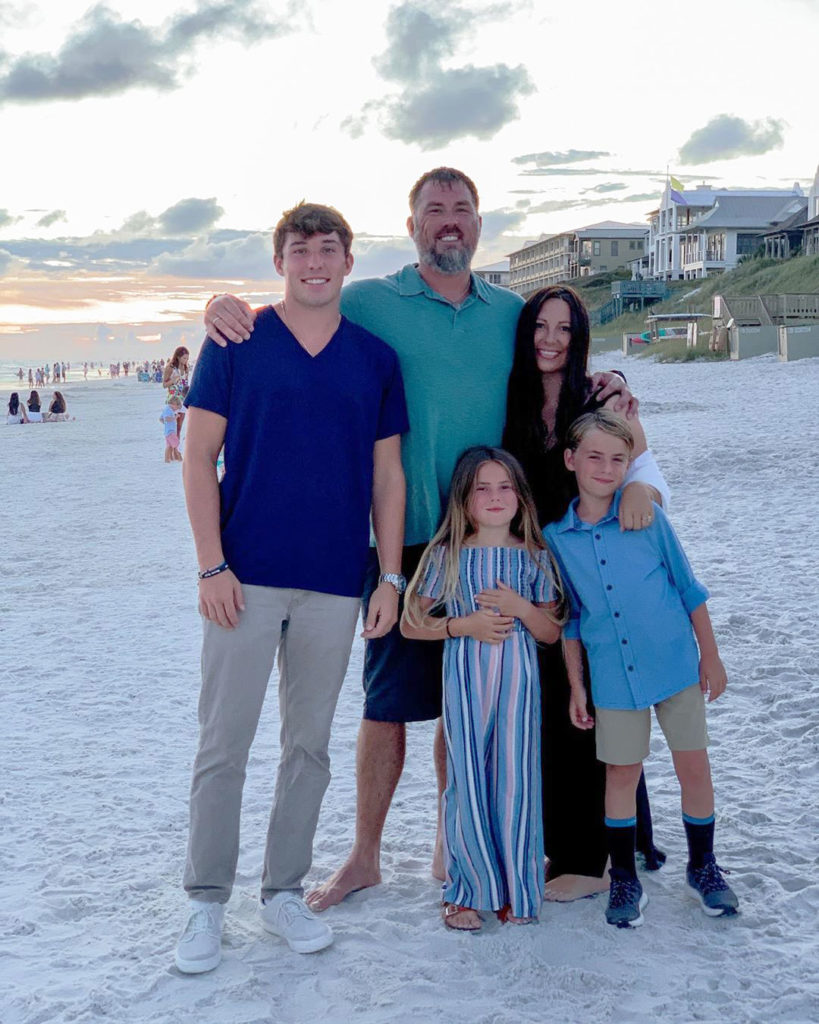